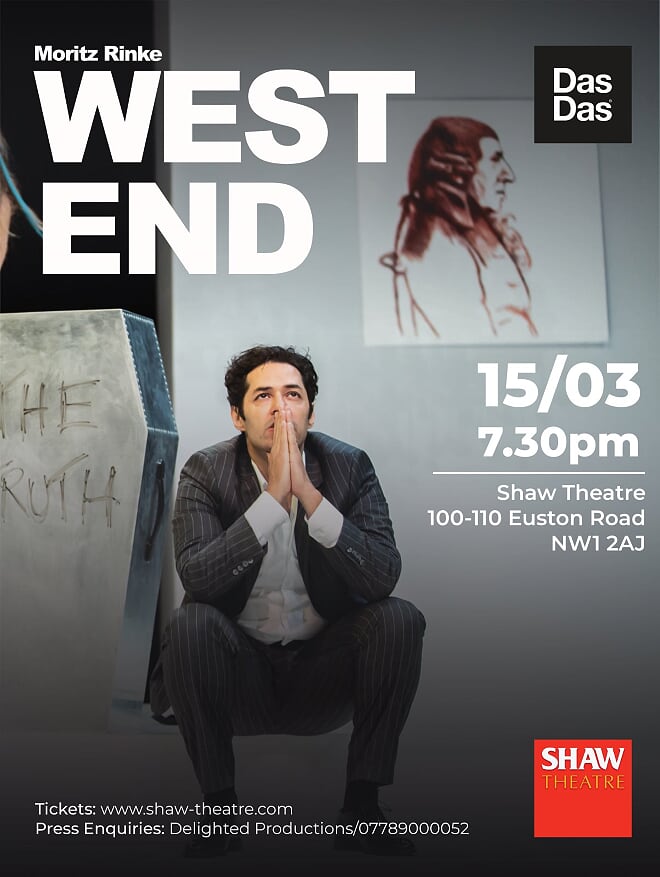 Eduard and Charlotte move into their new house in an affluent suburb. Neighbours’ daughter, Lily and the arrival of their long-lost friend, Michael, unleash a Pandora’s box of inner demons. As the story unfolds, personal secrets kept under wraps surface as restless guests challenge our prejudices. Moritz Rinke’s Westend depicts a collapsing world dominated by a fragile middle class who are wounded by war or the pressure to succeed.

Please note this production will be presented in Turkish.